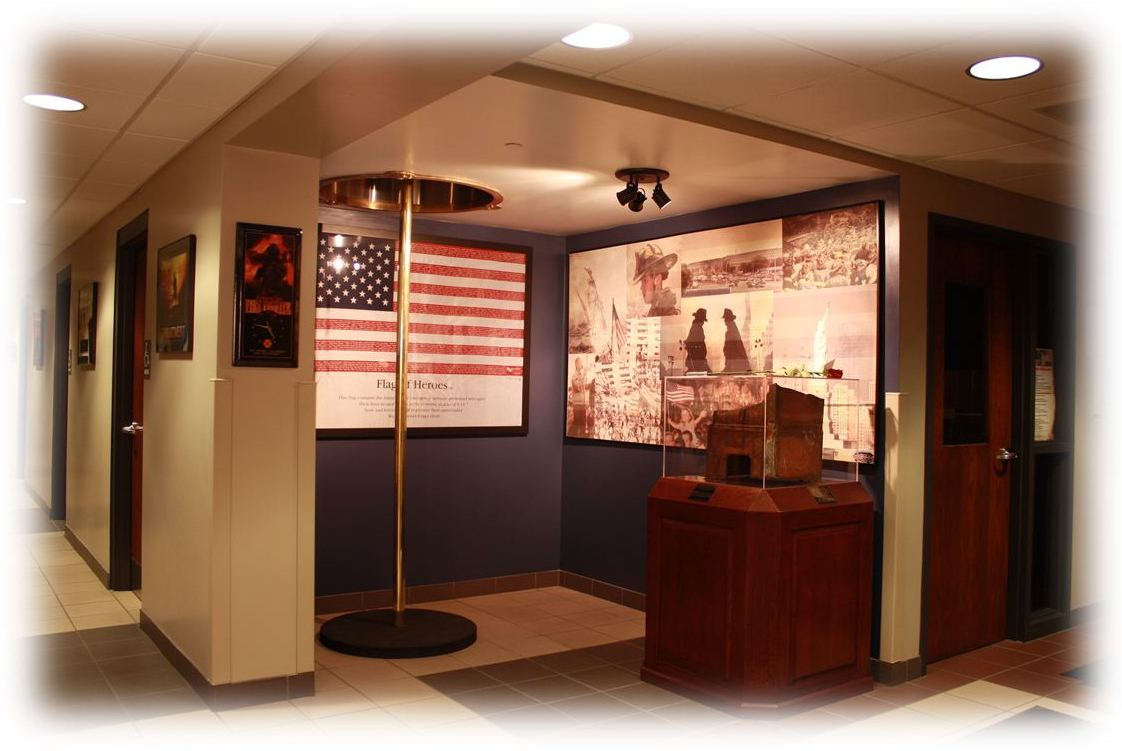 On September 11, 2001 our nation suffered a mighty blow. In an instant our world changed forever. The Sun Prairie Volunteer Fire Department is dedicated to honoring our past and remembering the heroes who gave their lives in the most successful rescue operation in history. Although there were thousands killed, tens of thousands were successfully evacuated. These heroes, the police officers, firemen, emergency medical personnel, and average citizens inspired us to create a memorial at our station.

In September of 2009 we put in a request with the Port Authority of New York and New Jersey for a piece of World Trade Center Steel. They had saved a small number of pieces that were pulled from the rubble but were not selected for placement in the 9/11 Memorial Museum in New York, NY. After a long process, we were selected as a recipient for a piece of steel. We took delivery of the steel on May 10, 2011 and began putting together the memorial.

It all came together just days before the 10th Anniversary of the attacks. On September 11, 2011 we held a dedication ceremony at our station and officially opened the memorial to the public.

If you are interested in coming to see the memorial, you can stop in Monday through Friday 9 a.m. to 5 p.m. and ring the door bell. We have full time staff that may or may not be there. If interested in setting up an appointment to stop and see it, please fill out this form.