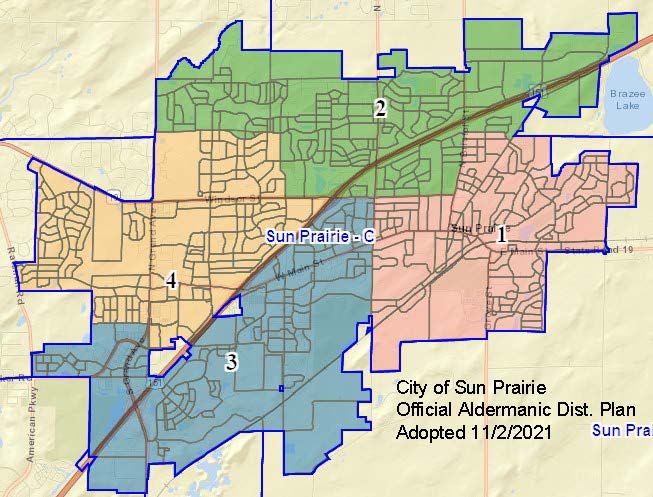 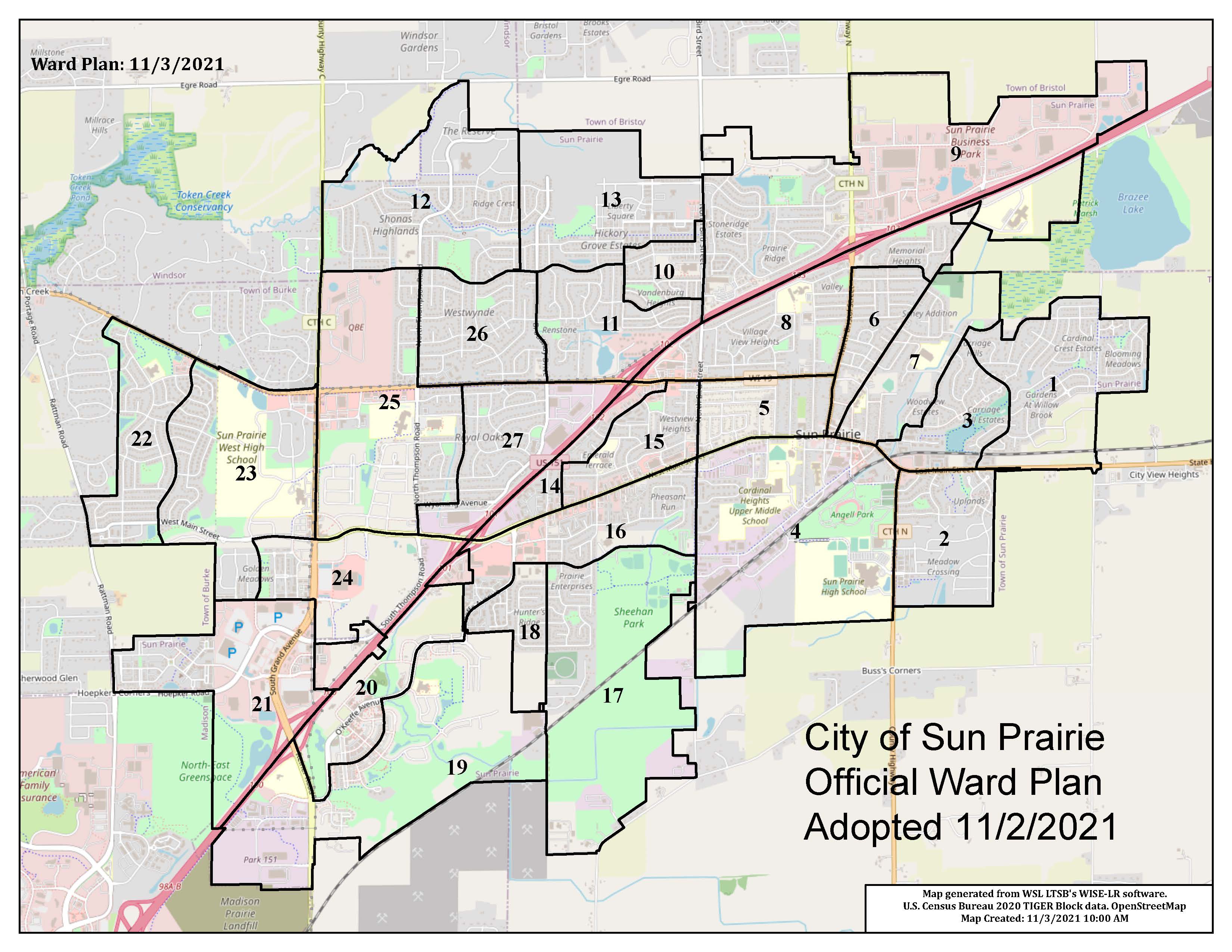 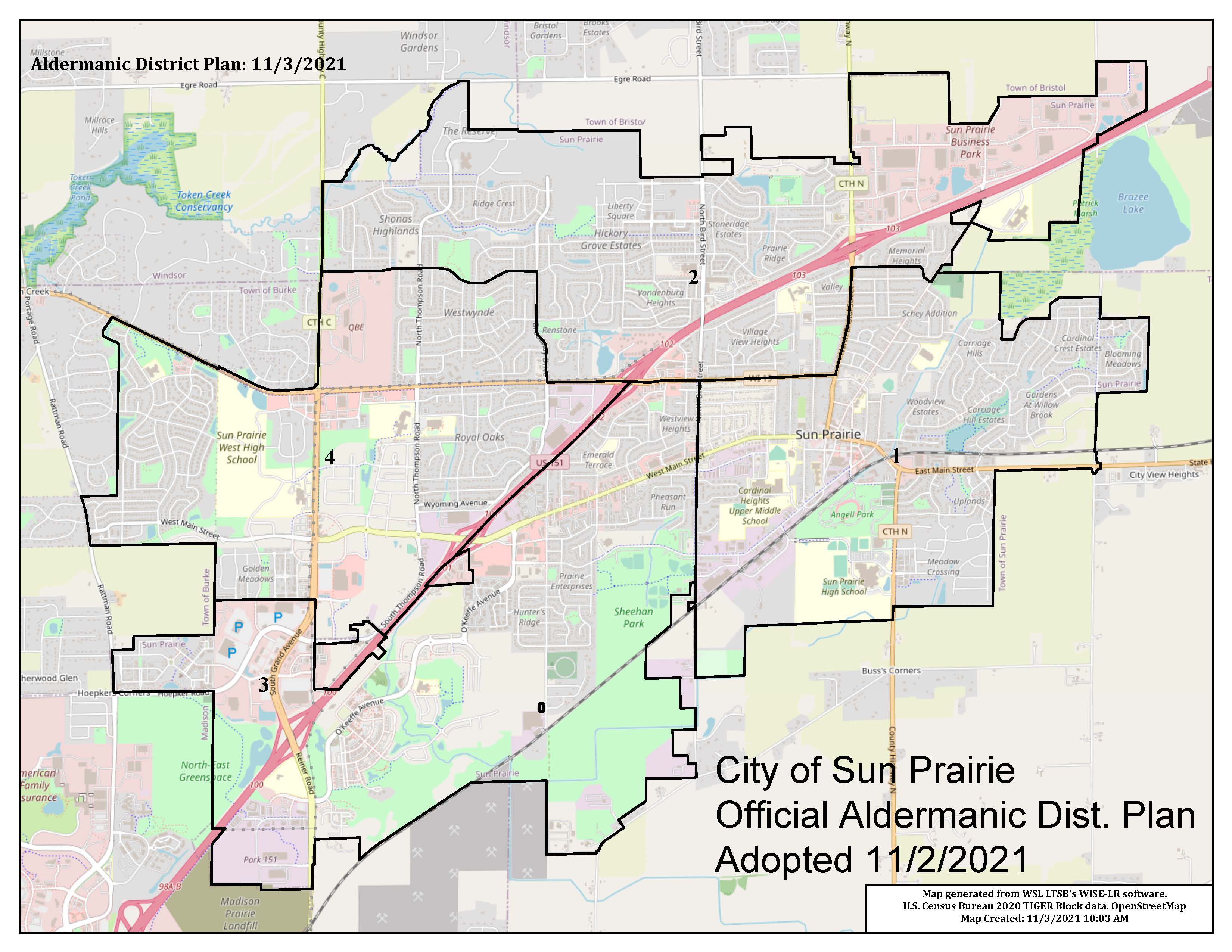 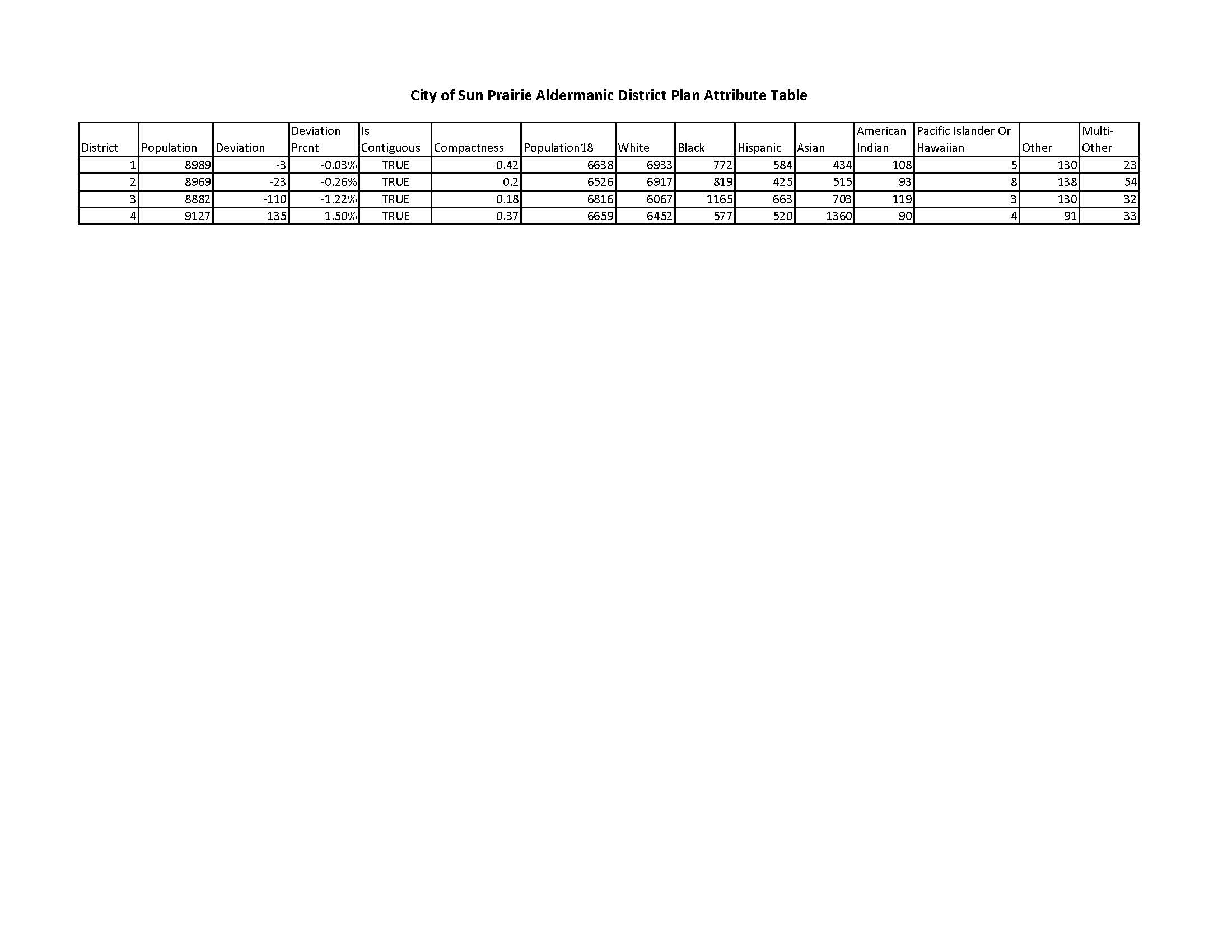 Image does not exist
Next Previous
You can click on any of the above images to see a larger version of that image. Please click on the arrows to see all maps.

On November 2, 2021 at the Common Council meeting, a public hearing was held regarding redistricting, where the public was given an opportunity to speak and give comments concerning the options presented.

After discussion from residents and alders, the Common Council voted to approve the “Red Plan”, which divides the City into 27 Wards and four (4) aldermanic districts.

This change will be effective for all elections beginning in 2022.

The United States conducts a census of the entire population every 10 years. This information is used for many purposes, including the distribution of federal and state revenues and the drawing of boundaries for election districts at the federal, state and local levels.

Wisconsin law requires that once the census data becomes available, local governments and the state legislature are required to adjust the boundaries of election districts so that they are as equal as possible in population. Due to modifications to processing activities, COVID-19 data collections delays, and the Census Bureau’s obligation to provide high-quality data, states are expected to receive 2020 redistricting data by August 16, and the full redistricting data with toolkits for ease of use will be delivered by September 30. The Census Bureau will notify the public prior to releasing the data.

Any changes regarding the number of alderperson districts and number of alderpresons representing each district would be implemented as part of the redistricting following the 2020 Census. Read the resolution here.